What better way to mark the end of this sweaty season than with a list of some of the books I’ve read over the past 3 months? Now that school’s out, I’m back to carrying a minimum of 2 books on my person at all times for companionship during my commute, my lunch break, or nestling under the cool breath of the A/C. Maybe it’s getting sucked into the world of Booktube (please Google and be embarrassed on my behalf) or just the fact that I have considerably more free time now, but so far I’ve been lucky enough to engage with some brilliant writing. Check out some of my thoughts and recommendations:

I was lucky enough to learn about Claire Vaye Watkins when I transcribed one of her panels from the PEN World Voices Festival on Dystopian Wastelands (a brilliant group of authors and definitely worth a listen if you’re a fan of the genre). In this novel, she taps into the forgotten history of humans in the desert and their relationship to water, migration, a history of wasteland, drought, excess and even government nuclear testing. As California is slowly taken over by a semi-sentient sand dune (or, as the book calls it, a “dune sea”), her characters find themselves caught between a post-apocalyptic hell of drought and dust and the spiritual mysticism that often blooms out of calamity.  This is one of the most original, unsettling dystopian books I’ve read in a very long time. The stories and the characters are somehow both profoundly surreal and all too human. I could talk about this book all day, but I’ll end on this: a new subgenre of dystopia is emerging that is centered on the Anthropocene and humanity’s fate living under the disastrous effects of climate change. Because of Gold Fame Citrus, this dystopian trend has caught my attention and it will capture yours too.

2. Headscarves and Hymens: Why the Middle East Needs A Sexual Revolution by Mona Eltahawy

Oftentimes, when the Western world discusses women’s’ liberation in the Middle East, those conversations are co-opted by Islamaphobic Conservatives who, in fact, do not care about these women and use their struggles against oppression as justification for violence against Muslims, or they are ignored by politicians and the Western news media. Eltahaway, who spent most of her childhood in Saudi Arabia then went to university in Cairo and became a journalist, boldly confronts these issues of misogyny in the Middle East. By sharing the stories of victims and activists, she dissects the history of institutionalized violence against women with a cutting, brutal honesty while elevating the silenced voices of Muslim women. She critiques political revolutions, like the one in Egypt, that saw women and men protesting side-by-side (with female protesters subjected to harassment and sexual violence) only to have women forced back into traditional gender roles and excluded from the law-making process once the protests were over. She criticizes the rape culture in these countries that is perpetuated by unfair laws and shows us the effects of this social, cultural, and state-sanctioned cruelty. This book is hard to read at times, but it’s a valuable addition to the canon of Feminist literature. It’s a book of outrage and hope, one that challenges inaccurate Western perspectives with a courageous ferocity. You can read one of her essays (that would become the first chapter) here.

I was lucky enough to watch Tommy Pico read at Columbia but (embarrassingly enough) other than a few poems online, I hadn’t actually read any of his poetry collections yet. Nature Poem, his newest one, is a book-length poem. Pico writes as ‘Teebs’ who, throughout the poem, recalls his childhood on the reservation and his present-day experiences living as queer American Indian writer in New York City. The book reads like a text-message confession as Pico wrestles with the stereotypes of writing about nature, racism, and heartbreak. His writing can be unpredictable, giggling-in-public funny (“I’d rather slap a tree across the face”), punctuated with tragedy (“everyone remembers the weather when discovering a body”). A devastatingly perfect summer read.

Reading Wide Sargasso Sea is like reading through a fever dream or biting into overripe fruit, saturated with raw emotion and disorienting bursts of color. A bit of context: this book is a reimagining of (arguably) one of the most forgotten characters in Charlotte Bronte’s Jane Eyre—Rochester’s first wife, the mad Bertha. Wide Sargasso Sea is merciless in its confrontation and deconstruction of postcolonial Jamaican society and the romanticized Victorian ideal of Rochester. Antoinette, who would become Bertha, is a frustrating character to follow, complex and tormented, and you can see how her (white) family’s legacy of violence and madness haunts her, not unlike the ghosts that wander her home of Coulibri. Much like Rhys’s other writing, this book is a sucker punch, brief yet capable of stealing the air from your lungs.

5. Jane: A Murder by Maggie Nelson

Somewhere between memoir and autobiography lies Jane: A Murder. After discovering her aunt Jane’s personal notebooks, Nelson re-creates Jane’s life, up until the last days before her she was viciously murdered and her body discovered in a cemetery. Despite knowing so little about her growing up, Nelson constructs an almost painfully vivid image of Jane, while raising the questions: how well do we truly know someone we have never met when we are given fragments of their lives to reconstruct? How do we carve mythology out of tragedy? Even at its happiest and most optimistic, Jane’s writing is painful to digest. We as the reader already knows what happens next. Nelson, too, has been haunted by Jane’s absence from her family, and you can feel that heavy shadow seeping into the poetry she wrote to accompany the found text. Tread lightly. 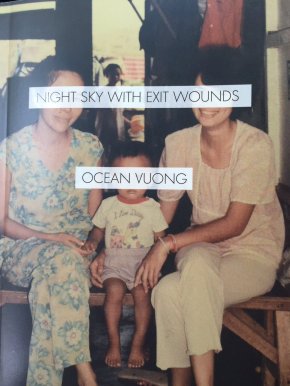 Everyone in New York City has recommended this book to me. Or, at least, that’s what it felt like. A favorite of critics and casual readers alike, I entered this poetry collection wary of the hype. With a succinct arsenal of language, Vuong wrestles with his family’s life (and trauma) of living in Vietnam during the war and his own experiences being a queer immigrant in New York City (“a beast banished/ from the ark”). His poems move with the rhythm of oral tradition, undoubtedly influenced by listening to his grandmother’s folk songs. Each scene unfurls into a violent, almost cinematic quality. He faces a history of violence and tragedy with precise honesty. Yet, even between the line breaks, you cannot escape his emotional undertow. 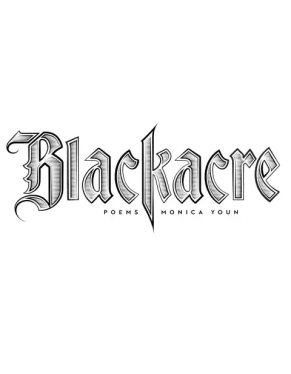 This has definitely been the summer of poetry. Blackacre, Youn’s third poetry collection, takes its title from an old legal term for a ‘hypothetical estate’. Her sparse, distilled writing occupies many voids and spaces unknown (“I knew / god to / be absolute / zero all / movement slowing / coming to / a stop”). Oftentimes her poems read like a knife’s edge held in candlelight. Youn places her poem into a greater landscape of caution, wasteland, the flesh of the living body, and the dark underside of beauty. This collection finds the empty, fills those gaps with a quiet strength as cold as pools of leaking ice. 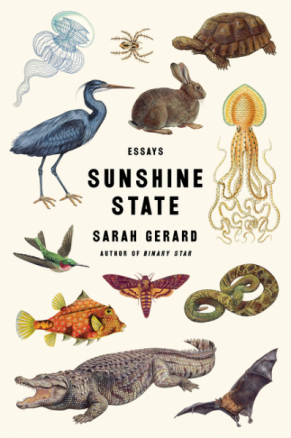 After passing this book for the past couple months in the bookstore, I finally caved and picked up a copy of Sunshine State. As someone who grew up in South Florida, I went into this book prepared to read about Florida and all of its strangeness. I expected essays on the threat of climate change, the species that lived there, the strange societal micro-systems that exist in such a huge, diverse state. I didn’t really get any of that. Don’t get me wrong, I didn’t dislike reading this book. Gerard is a talented writer and some of her personal essays, certainly, impressed me. If anything, the marketing of this book might be to blame. While Gerard’s book does encompass an interesting Florida history, it’s primarily focused on Central Florida where she grew up. The book is advertised as ‘Florida as a microcosm for all of the troubles plaguing the country’ (paraphrasing the back cover) but I would say that book goes one step smaller to ‘Central Florida representing problems within Florida’. I tried to enjoy this highly-praised book, I really did, but between the lack of flow from essay to essay and the too personal nature of these highly specific essays, I found it hard to relate to the message this collection was trying to send.

Just some life updates before I go.

I plan on doing these seasonal wrap-ups, well, seasonally. I’ll definitely try to keep the lists to 10 books or less mostly because I can only spend so many hours hiding in a Starbucks without paying for an overpriced coffee. If you want to see my ratings for other books I’ve read that weren’t on this list, you can add me on Goodreads.

I’m currently in the middle of two zine projects but I’m going to work on (and hopefully finish) at least one of them while I’m in Florida for the next month so expect some announcements very soon! I’m still figuring out distribution, but I’ll definitely have versions online for everyone to access. Seeing as I’ll probably be spending a lot of time sitting on my couch while I’m there, expect to see more updates and writing bits on both this blog and on my Medium (and sometimes both). Send me podcast or book recommendations. Until then, take care of your sweet selves. Enjoy this summer as it comes to its sweaty end.